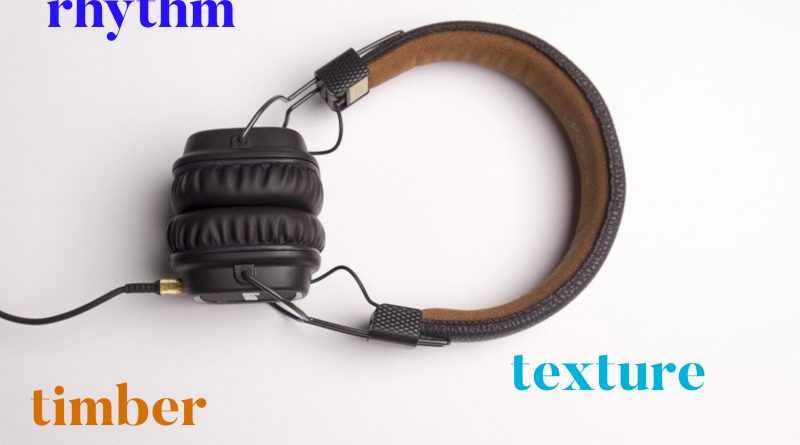 It is very hard to define what music is, but we know it is one of the universal cultural aspects of all human societies. Although some native tribes in Africa, for example, don’t have a word for music. They just feel it and dance with it.

Let’s say, basically speaking, Music is the art of organizing sounds in time.

The etymology of the word music is Greek mousikē (tekhnē), meaning “The art of the Muses”. According to Greek mythology, The Muses were the inspirational goddesses of literature, science and arts in general. But Music is much more beyond the relationship between sound and silence. And here let me summarize the building blocks or elements of music.

There is no right number of Elements of Music. We list here 7 basic building blocks of music:

The 7 Basic Elements of Music

RHYTHM: It’s the element of time in music. It could refer to the beat or pulse of music, or the duration of sound and/or silence.

MELODY: It’s the part of music you can hum along or whistle. The tune. It’s the horizontal representation of the pitch. Pitch is defined as the quality of sound to be higher or lower according to the frequency of vibration of the sound waves producing them.

HARMONY: It’s the vertical representation of the pitch. It’s the combination of pitches into chords. That’s what we hear when two or more notes are played together.

TIMBER: It’s also called the tone color. It’s the unique characteristic of the sound of an instrument or voice.

DYNAMICS: It’s the way the music is expressed, in its relative loudness or quietness, changing the way the pitches are performed along with the music.

TEXTURE: It’s often described as the density or thickness of the music. It’s defined by the number of layers of music. For example, a thick texture contains various layers of instruments. If there are only a few instruments playing, like a duet, the music can be described as thin or less dense.

FORM: It’s the way that music is organized by combining all other elements previously discussed here. Basically, it’s what makes a piece of rock different than a jazz tune.

After this brief introduction we believe that from now on, when you listen to some music, you’’ll be able to identify some basic elements of music, whether you’re trying to perform the piece of analyze it. Calibrate your ears and go exploring music more deeply now!